The online 360° feedback survey on effective school leadership helps you as a school leader to determine which points for development you, together with your team, can give priority to in the coming trimesters.

The survey is to be completed by yourself as school leader, your teachers, your mid-level management and your own superior.

The survey inquires, amongst other things, after the current importance for your school of each of the twenty assignments of effective school leadership and the distribution of the execution of the assignments among several people within the school.

In our 360° feedback survey, we use the descriptions of 81 behaviours as items to be rated on a five-point scale. All 81 items are assessed from 4 perspectives. 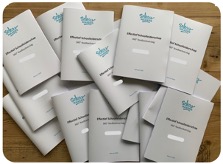 The validity study carried out in 2020 (Debruyne, 2020 – led by. J. Vanhoof, Edubron, UAntwerpen) demonstrated the construct validity of the survey. The suggestions to increase the construct validity of the survey by omitting an item here and there or assigning it to another of the 20 assignments have been incorporated in the current version of the survey. The study found that “this survey is capable of validly collecting perceptions on the assignments that are expected from a school leader. (…) As we found differences in perception between groups of assessors, we can conclude that organising a 360° feedback survey is definitely valuable. Questioning different groups gives the school leader a broader picture of his/her functioning.”

Important for a 360° feedback survey is that all respondents use the same tool to give feedback. The individual receives a feedback report that allows her or him to compare the feedback from different groups of respondents. This gives the person a broader picture of the job aspects in which she/he is strong and those that can be improved (Wexley & Latham, 2002). A 360° feedback survey often leads to sustainable individual, group and/or organisational behavioural changes.

The outcome of the 360° evaluation will last me a long time to come. I am still reaping the benefits up to this very day.

On the one hand some things have been confirmed and on the other hand I have discovered new things and insights. But most of all, I have become very enthusiastic to start putting in place what I learned from the feedback report.

I have discovered points of development that I will definitely take up in my further professionalisation as a school leader.

Very rewarding and also surprising, because it is assumed that strengthening your core qualities is the path to follow.

We are currently working on preparing the English version of the 360° feedback tool.

If you are interested in this tool and the related offerings, please leave your contact details in the form below and we will get in touch as soon as everything is up and running.

This website uses cookies to improve your experience while you navigate through the website. Out of these, the cookies that are categorized as necessary are stored on your browser as they are essential for the working of basic functionalities of the website. We also use third-party cookies that help us analyze and understand how you use this website. These cookies will be stored in your browser only with your consent. You also have the option to opt-out of these cookies. But opting out of some of these cookies may affect your browsing experience.

Analytical cookies are used to understand how visitors interact with the website. These cookies help provide information on metrics the number of visitors, bounce rate, traffic source, etc.

Advertisement cookies are used to provide visitors with relevant ads and marketing campaigns. These cookies track visitors across websites and collect information to provide customized ads.

Performance cookies are used to understand and analyze the key performance indexes of the website which helps in delivering a better user experience for the visitors.